Computers and the Chrysler, Dodge and Plymouth Assembly Line

Before the CPUs Were Under Your Hood...

I ran across the article below in the September 1965 issue of Dodge News magazine, written by freelance automotive author Bob Rosekrans. The technology references are interesting. The article also sheds some light on assembly line procedures.


To put things in perspective, this was written about two and half years before the US Defense Advanced Research Projects Agency began funding work on ARPANET, what we today call the Internet. Prior to ARPANET packet switching, networking computers through serial interfaces was slow and complex compared to what we're used to today. Teletype (tty) machines were like networked electric typewriters -- think of the machine that would have printed codes on your broadcast sheet. 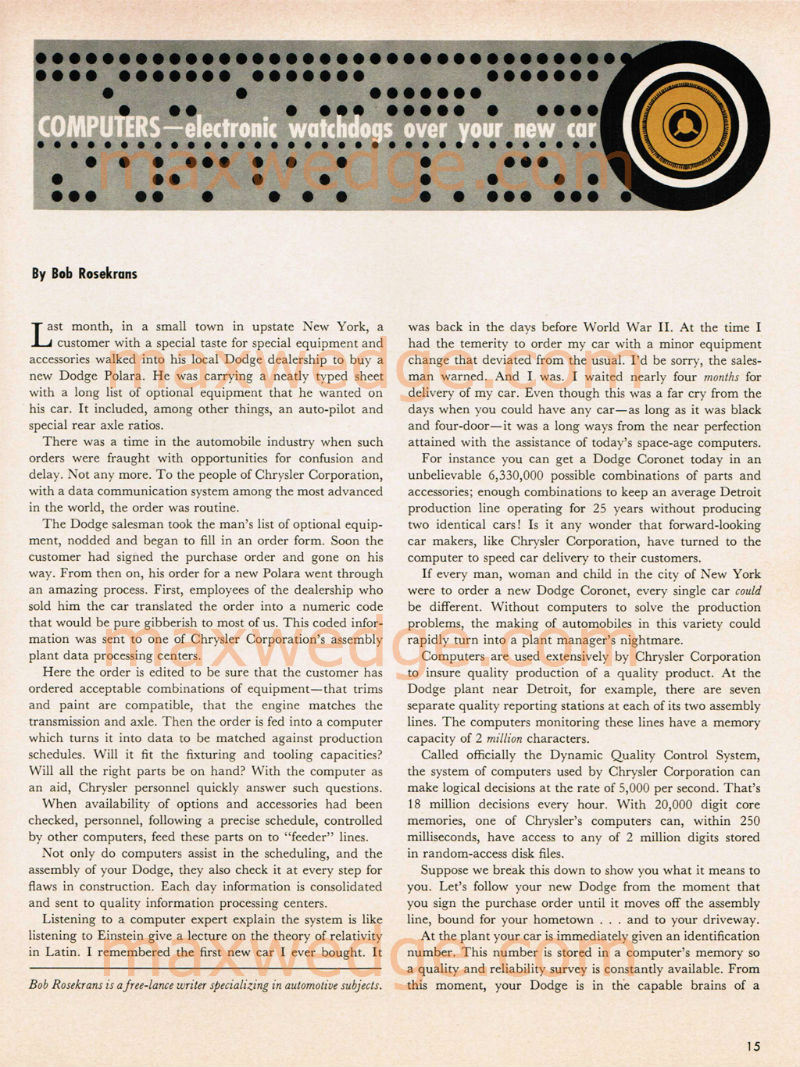 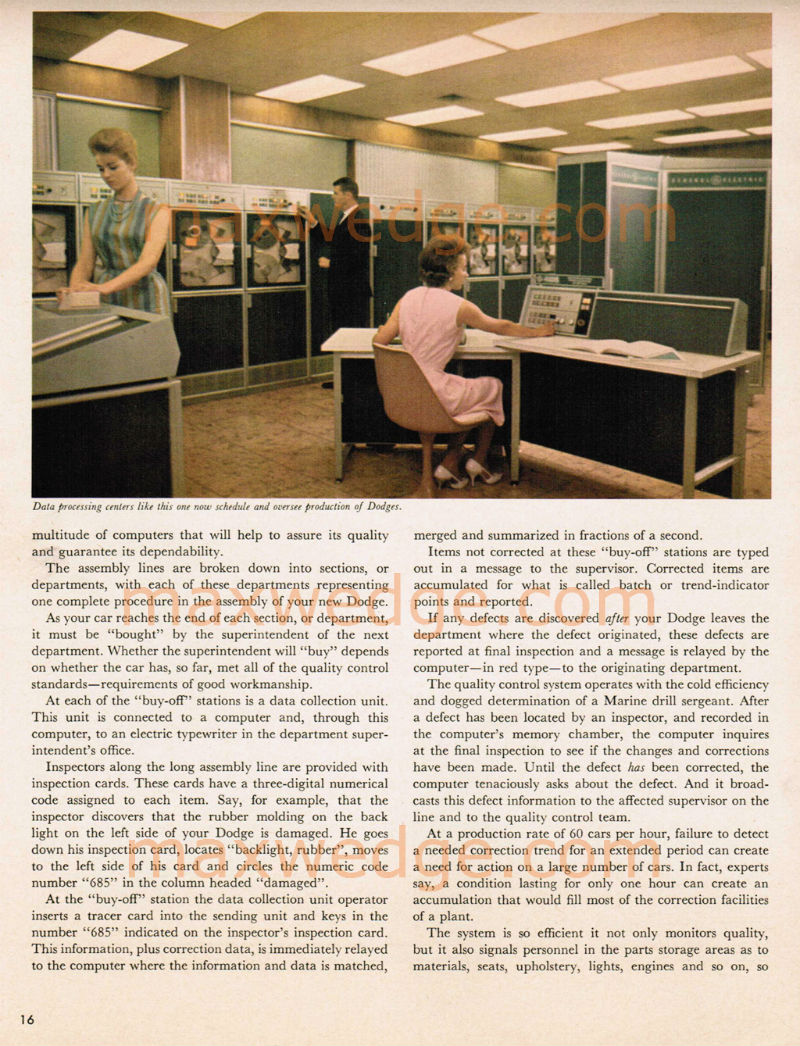 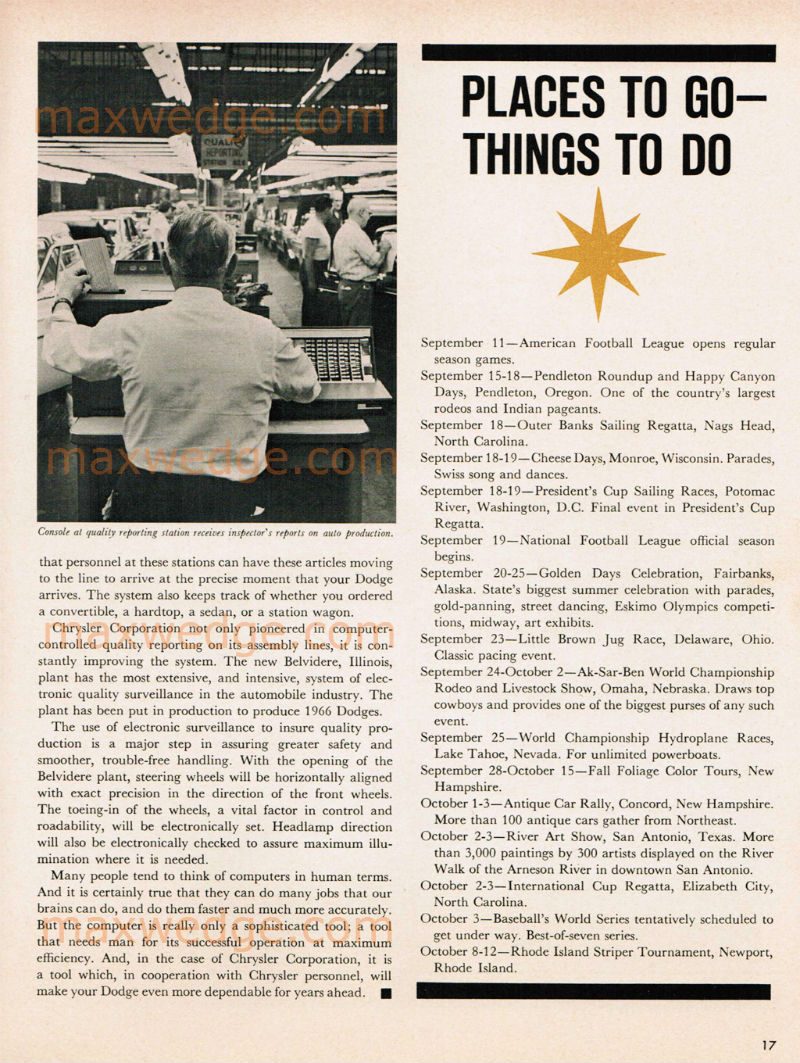